Ramon Melo in league of legends 4 years, 2 months ago 0 comments

Today was an unusual day. Following my psychologist's orders, I've been trying to relax for weeks now. Turns out this relaxing thing is boring as heck. Apparently, it is supposed to be entertaining without being exciting, and there are some people (actually, most people) that happen to enjoy doing nothing. Of course, I went to Pré-Universitário Comunitário Rubem Alves in the morning, as usual, but left early for my relaxing duties. Oops, I forgot I'm not supposed to consider it a duty. My bad.

I bought a pair of tickets to the Mid Season Invitational 2017 finals, the second most important League of Legends tournament in the world, which just so happened to occur here, in Rio. In my mind, this would be a nice surprise to my boyfriend, but he decided to surprise me first by dumping me (blog post incoming), so I guess I had to go alone. I almost opted out of going, but a pep talk from an old friend of mine convinced me it would be more fun to be miserable at the event than home, so I ended up going, and I must say it was fantastic.

I gotta hand it to Riot: its production packs some stellar value. This is my third participation in League of Legends events in Brazil, but the first international one. While I've been to bigger matches in much larger stadiums, I'm inclined to be thankful for them to cut out all of the bullshit and cut to the chase, making the overall experience shorter, but more intense. This one was my favorite, in terms of production.

Getting to the arena was surprisingly easy, and even easier to find my seat with so many thoughtful people hired to support us. I can't speak for everyone, but my seat was nothing short of awesome, and I got one of cheapest available. The interactivity had a smooth flow among the big screen and every other display on the spot, which, when paired together with a decent set of lighting gimmicks, often made boring objectives taken without contestation turn into a wild dance of bright lights. This is one of the things you can only appreciate live, the stream doesn't show it as lively. 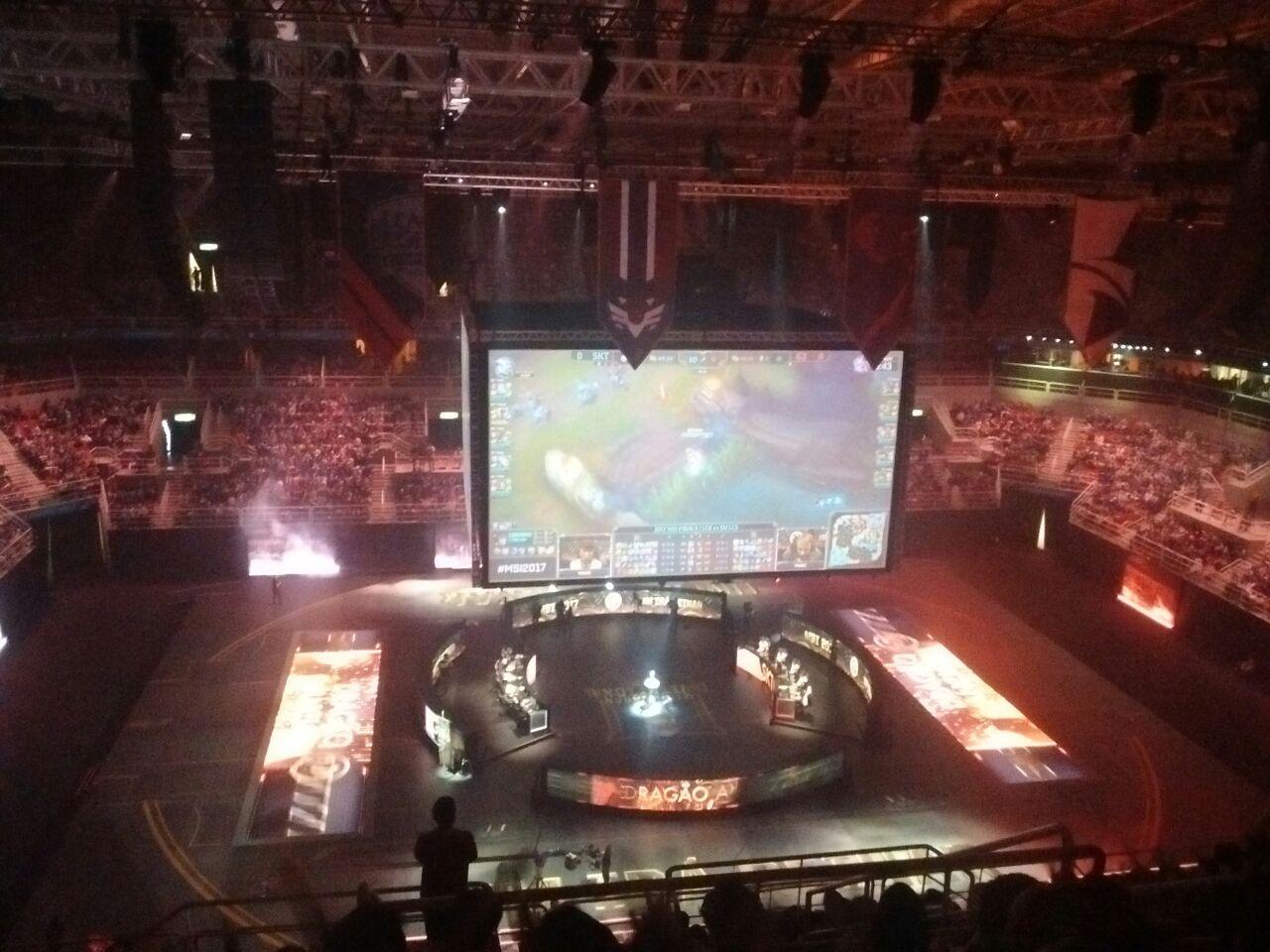 Moving on to freebies, Riot's choice of merchandise seemed minimalistic and was criticized by some of the fans, but I'm on its side: many of us had opted to leave our purses and backpacks at home or at the car. I, for instance, would hate to carry around a bunch of cheap souvenirs, so I appreciate then keeping short and sweet. The kit included a MSI themed cup, a rubber wristband, a pair of footlong buoys that we could use to make drum noises, a League of Legends themed neck keychain, and a gift card for a PROJECT: Yasuo skin. There are actually a matte and a smooth versions of the cup, and I got both because of a nice staff worker (I had two tickets, but I'm not a freebie-aholic). 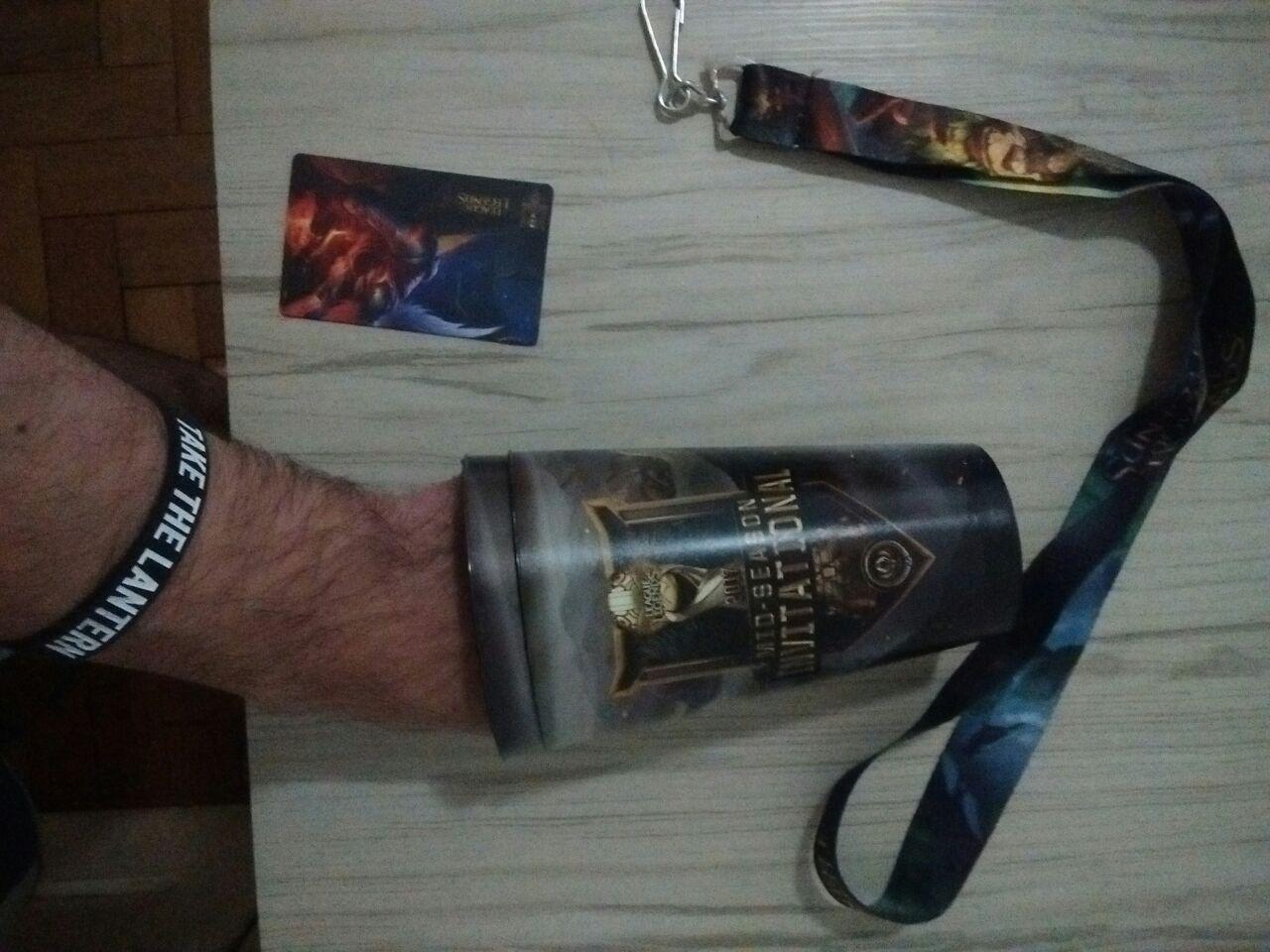 The audience was the highlight of the show, cheering loudly at every play, reacting enthusiastically to every fight. Even when the game would immerse itself into a lull in the action, the arena would spontaneously get its own rhythms up and running, something that really made the investment worth. My only complaint was the food, which had steep prices and awful taste. By steep, I mean about 300% above fast food chain prices. By awful, I mean that hot dogs had nothing but bread and sausage (not even ketchup). My next stop after the games was a pizza place, I was starving.

The games themselves weren't really that interesting. It was already known that SK Telecom T1 would take the Summoner's Cup home again, although I must praise G2 eSports for coming up with innovative strategies to get ahead and snowball a lead into victory. It even worked on Game 2, when all of their lanes got solo kills and crushed SKT under pressure. The other three games, however, were quickly and uninspiringly won by the Koreans, who didn't even pretend to be surprised or excited by the results. 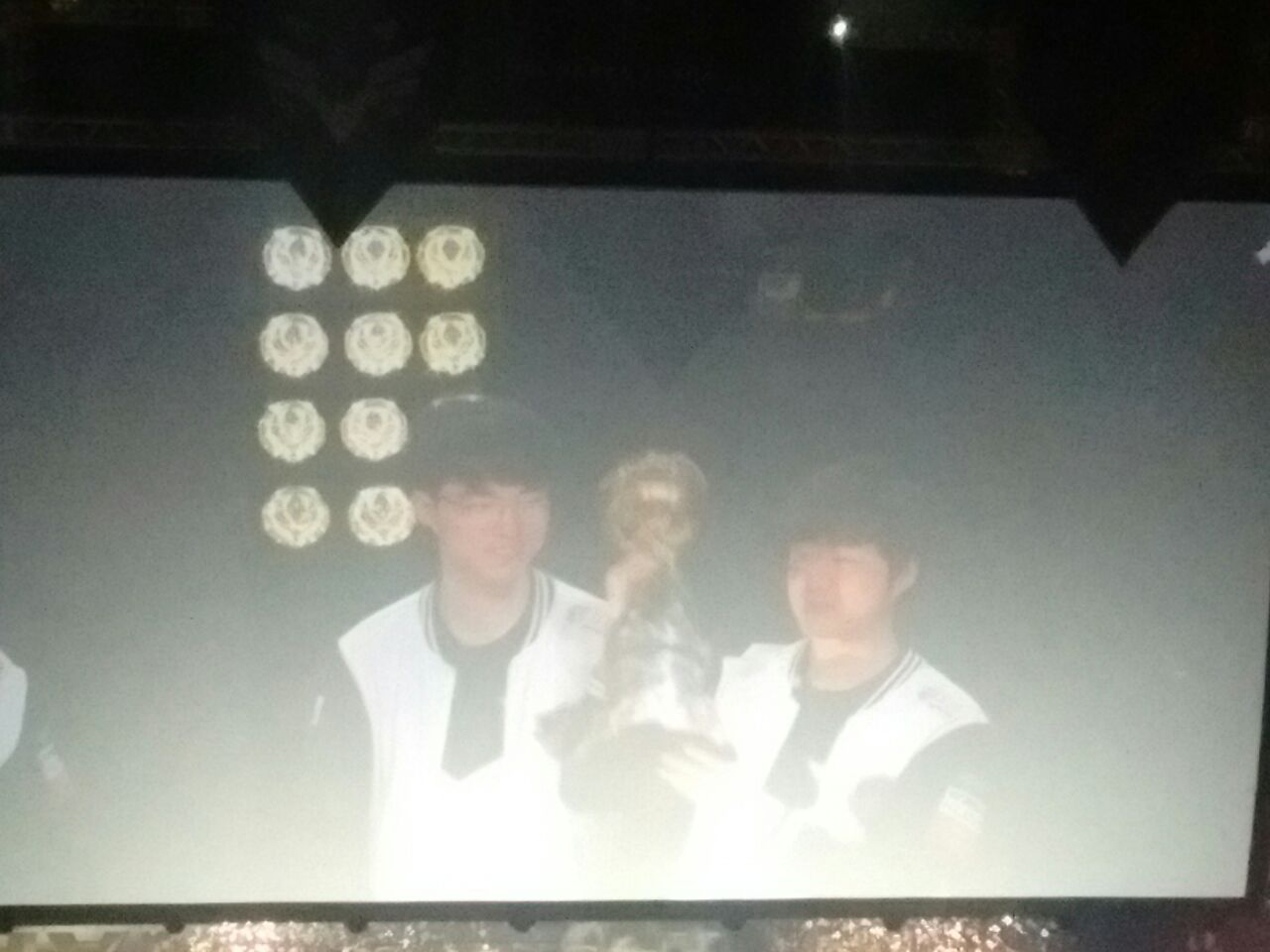 Even then, it was a nice experience. Not the most exciting, of course, so I'm sure my therapist will rejoice next time we meet.

The Holidown Diaries #9: Judas Is The Demon I Cling To 3 months, 3 weeks ago